What are the criteria for submitting a project? The project should

Bound up in Europe’s ‘new geographies’ and ‘new temporalities’ of migration, Serbia is a country of origin, destination, and transit of migrants. It is characterized by intensive internal migration, intensive emigration of highly skilled population, low intensity immigration of low educated population, immigration of refugees, internally displaced persons and returnees based on readmission agreements as well as transit migration from the region of Middle East and North Africa. National migration trends are impacted by numerous (social, economic, demographic, geo-political) factors. Therefore, there is the need to contribute to the understanding of the mentioned challenges by strengthening the scientific field of migration studies in Serbia, through the transfer of expertise and knowledge to its senior and junior academic staff, as well as PhD and master students. 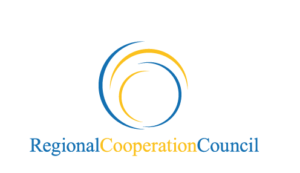 Although the Western Balkan economies included in this project are not yet EU Member States it is important to monitor their achievements and reform efforts of social rights as candidate and potential candidate countries. This is particularly important given the challenges those economies face, including an aging population, challenges in the labour market, poverty, etc.

Within the framework of the project ‘Employment and Social Affairs Platform 2‘ (in short, ESAP 2) which is implemented by the Regional Cooperation Council (RCC) and funded by the EU, the European Centre was engaged as the international expert organization in the reviews prepared in 2018/19 and coordinated the 2020 reviews.

As part of its Bridging (BB) function, the European Centre established collaboration with stakeholders in eleven EU accession countries, potential EU accession countries and Eastern Partnership countries (BB countries). Among other things, the European Centre with the support of the Austrian Federal Ministry for Social Affairs, Health, Care and Consumer Protection, signed Memoranda of Understandings (MoUs) between respective ministries in BB countries. Due to the regular exchange between the European Centre and the ministries needs for research-based and policy-relevant knowledge on social policy is expressed constantly. By implementing mutual learning activities in the BB countries the European Centre provides an answer to countries’ needs related to the better coping with the health and social consequences of COVID-19 and to fighting poverty, especially for vulnerable groups. The project corresponds to the principles, objectives and priorities of the three-year program of Austrian development policy from 2019 to 2021. 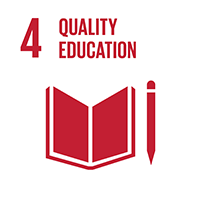 Moldova faces great demographic, economic and social challenges. The country population is shrinking due to high emigration rate, rapid ageing, and low fertility rates. Moldova has a modest and volatile economic growth, which is further halted by the consequences of the COVID-19 pandemic. Inequalities in Moldova are on the rise with high differences in learning, earning and access to basic services between urban and rural areas, between lower and higher educations, and mostly across different income quintiles. All these factors directly affect children, adolescents, and their families. The access to basic services is restricted for some children in Moldova. This is due to the geographic concentration of service offer, high informal payments, stigma, and discrimination of some population groups. Moldova has made progress in implementing children’s rights in the last years, still, a number of areas need further attention. 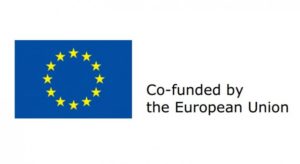 European countries face the formidable challenge of providing adequate, affordable and sustainable support to their ageing populations. Socially innovative approaches are required in order to manage the inherent complexity of LTC systems and respond to such challenges in a flexible but coordinated fashion at all governance levels.

InCARE will contribute to the development of a coherent and coordinated approach to the development of LTC policy and care services at local and regional level. It will work towards establishing socially innovative and participatory decision-making processes that allow for iterative and adaptive learning and will bring together policy-makers, care service providers, researchers and care users from six European countries. Three socially innovative long-term care service pilots will be implemented In Spain, Austria and North Macedonia.

Child protection systems in the Western Balkans and Eastern Europe have witnessed a series of important reforms over the past decade. The deinstitutionalisation process (i.e. transitioning from institutional towards family- and community-based service provision) started in most of these countries, followed by a social care service reform which concentrates on developing alternative care services. The education sectors are being reformed as well in order to accommodate children with specific educational needs into the mainstream schools (e.g. children with disabilities). The provision of appropriate forms of childcare shifted from the national level to the local and regional levels. Local authorities try to cover the needs by developing community-based services, but the process is slow due to a lack of sustainable funding, low capacities at the local level, and a lack of procedures and mechanisms for service delivery.

The Situation Analysis of children’s rights and wellbeing is a flagship product designed to inform policy dialogue, partnerships and interventions to improve the lives of children. It is an assessment and analysis of the country situation, with respect to children’s rights and critical issues affecting their realization. The Situation Analysis is a crucial part of the child rights monitoring (CRM) framework and represents a key UNICEF programmatic output that helps focus on knowledge gaps related to inequities and child deprivations. The Situation Analysis will inform policy dialogue and child-focused policy advocacy to make an important contribution to accelerating the achievement of child-related goals with equity.

Although these countries are not yet EU Member States it is important to monitor their achievements and reform efforts of social rights as candidate and potential candidate countries. This is particularly important given the challenges those countries face, including an aging population, challenges in the labour market, poverty, etc.

The European Centre was engaged as the international expert organization in the reviews prepared in 2018.

The action proposed studies the gap between procedures (legal basis) and practices (experiences) in posting rule enactment, identifies challenges and develops and shares effective ways of addressing these challenges for posting companies and implementation agencies. It particularly investigates how the Directive interplays with other EU and national legislation in terms of social security, health insurance, temporary agency work, and company law. The geographical scope of the action includes: Austria, Slovenia, Italy, Slovakia, Hungary, Poland, Serbia, and North Macedonia.

Mapping the trend in the construction sector

The Con3Post project is set up to explore the growing phenomenon of recruitment and posting of third country nationals (TCN), most notably from the Western Balkans, non-EU Eastern Europe and North African regions, to work as posted workers in the EU construction sector. Experts and key stakeholders from seven carefully selected EU Member States that represent a mix of TCN sending (Slovenia, Poland, Italy) and receiving countries (Austria, Finland, Belgium, Estonia) are brought together to establish transnational cooperation, share information and conduct empirical research to outline current challenges, future scenarios and possible strategic responses to the far-reaching yet largely unexplored consequences/implications of this persistent trend.

The two-year project aims to proactively address the issue of posting of workers at its pre-accession stage by assisting Eastern European countries, especially the four candidate countries Albania, FYROM, Montenegro, and Serbia, in implementing the Directive already before it gets into force, and by assisting in the prevention of social dumping, i.e. the use of cheap labour, to minimise associated risks for workers. It aims to do so through research, peer reviews and workshops involving stakeholders from the candidate countries and 4 EU member states, namely Austria, Germany, Italy, and Slovenia.

The project aims to improve labour market governance through expansion of institutional capacities of Public Employment Services (PES) and Centres for Social Welfare (CSW) to develop integrated support and outreach to individuals at risk of exclusion in the Western Balkan economies.

In 2009, the responsibility for delivery of social and family services was transferred from the central government to the municipalities. To support the process of decentralization, a strategy was developed in 2012 to be implemented in 2013–2017.

The Bridge Building Summer School on social welfare was a response to the need for capacity building from the 2016 Launch event ‘Building bridges in social welfare policy in Eastern Europe’ (19 September 2016 in Vienna) regarding joint research, project acquisition and project development, especially, in the areas of youth unemployment, labour market policy, healthy and active ageing and demographic change. The starting points of the summer school were joint economic and societal challenges the EU countries, the potential candidate countries and the EaP countries were facing, such as the current migration wave, demographic change and the various economic challenges in the aftermath of the crisis. The challenges in social welfare were reflected and answered to overcome the challenges discussed with both, academic inputs and good practice contributions (e.g. social innovations). By implementing the summer school, we built upon our network established between researchers, governments and civil society organisations, the Eastern European Social Policy Network. Speakers from research and applied science as well as from civil society and from public authorities provided high-level inputs and up-to-date knowledge for the summer school participants; thereby stimulating policy dialogue among its participants and beyond.

With funding provided by the Austrian Development Agency (ADA), the Austrian Association of Cities and Towns (AACT) and KDZ – Centre for Public Administration Research are implementing the programme “Capacity building in the countries of the Western Balkans and the Republic of Moldova”. The Programme is based on two relevant regional strategies, the EU Strategy for the Danube Region (http://www.danube-region.eu) and the SEE 2020 Strategy (http://www.rcc.int/pages/62/south-east-europe-2020-strategy). The action is in line with strategic guidelines defined at the regional (i.e. Danube region strategy: Pillar 3 – Building prosperity in the Danube region) and national level (i.e. Entrepreneurial Learning Strategy, 2014-2020; National Strategy for Employment and Skills, 2014-2020; Strategy for Cooperation of the Government with the Civil Society Sector, 2012-2017; The National Action Plan for Employment of the Republic of Macedonia, 2015-2016; Program of the Government of the Republic of Macedonia, 2014-2018).

The goal of the PAWCER project is to conduct comparative research on public attitudes to welfare, climate change and energy, all of which are relevant to understanding conflict, identity, and memory. While economic challenges threaten the fundamental relations of solidarity in European welfare states, climate change is likely to become the leading environmental driver of human conflict, and energy to continue fueling geopolitical tensions.

Macedonia is facing heavy challenges in establishing and restructuring the provision of user-centred social and health care services. The realisation of defined visions and aims of the national government between 2005 and 2007 has been heavily jeopardised by the global financial and economic crises. In fact, new challenges have surfaced, including political instability and the refugee crisis. 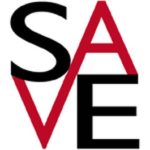 Deinstitutionalization can be defined as the move away from treatment in long-stay social institutions with less isolated community-based alternatives for the support of social care beneficiaries, in the belief that this new service configuration can lead to better quality of life. Deinstitutionalization in Serbia over the last decade has been stalled by two crucial challenge: the difficulty of establishing alternative sites where beneficiaries can be admitted for intensive, structured observation or comprehensive care in a institution-like setting and the provision of individualized care for social care beneficiaries, who constitute a diverse and heterogeneous group of people.